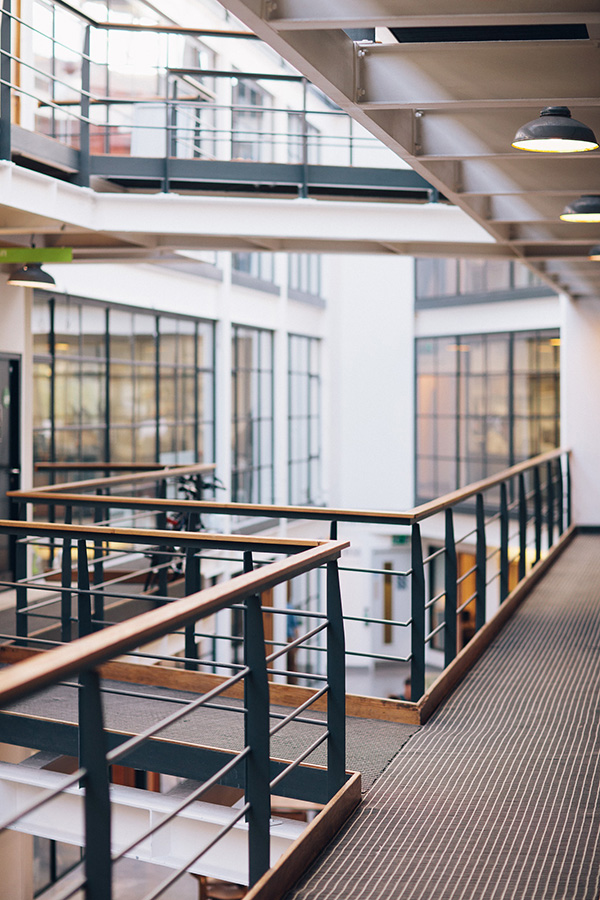 Measuring up to eight metres in length and 2.4 metres tall, the window screens were fabricated in metre wide sections and joined on-site using matching steel mullions. West Leigh also had to incorporate a movement joint at the head in order to accommodate potential thermal adjustments. 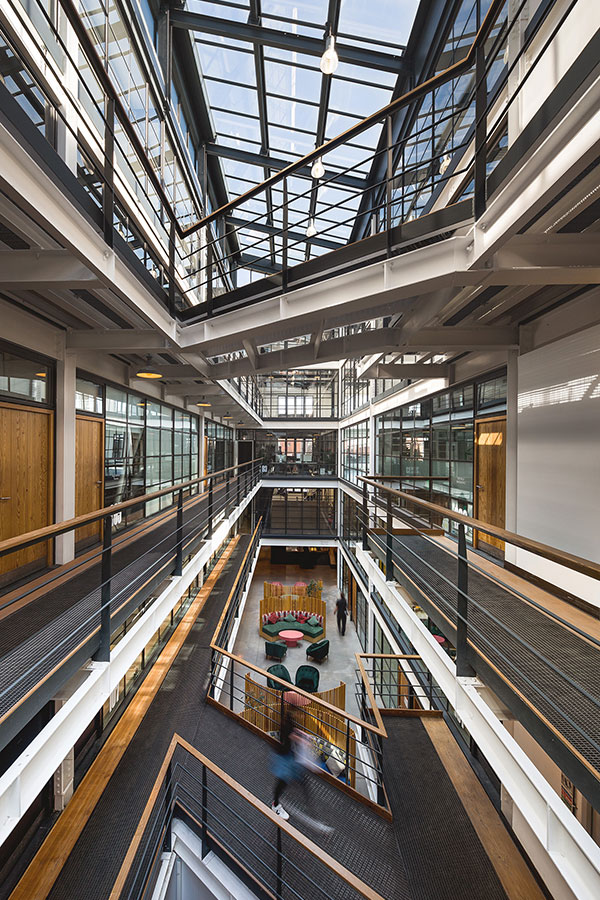 The men behind the Great Western Studios concept, brothers Simon & Nicholas Kirkham, comment: “As we are a venue intended to inspire creative designers and makers, the theme of the regeneration of this former paint factory site was to try and give the internal courtyard a ‘nod’ towards the Bauhaus Movement’s Dessau building. The atrium is 50 metres long, rising three storeys high, and features West Leigh’s screens on all sides. We now have 85 creative industries occupying the ground floor and we are currently fitting out the upper two floors.”

The majority of the screens are glazed with 16 mm IG units, specified mainly for improved acoustic performance, though the fire-rated screens feature the use of 7.2 mm Pyroguard clear.

Have a similar project?

West Leigh would be delighted to take a look at your project, simply get in touch with the team to discuss your requirements.